THE STORY AND THE MAN BEHIND GENIUS

”After taking Ritalin and Adderall for over 20 years, I wanted an alternative that works without edginess.” 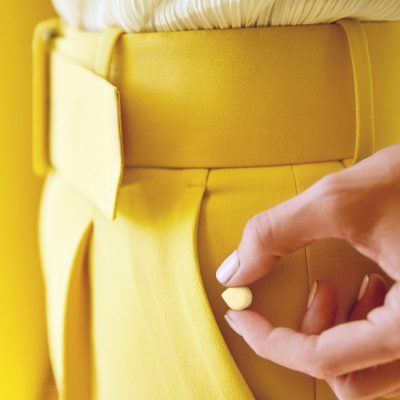 1906 Founder & CEO Peter Barsoom says, ”After taking Ritalin and Adderall for over 20 years, I wanted an alternative that works without edginess.” This need, one that’s shared by millions of other adults with ADHD, became the driving force behind 1906 and the development of Genius, a first-of-its kind cannabis product for brain power.

Diagnosed with ADD at 21, Barsoom had keen personal interest in finding plant-based alternatives to pharmaceuticals – without negative side effects.

“Having ADD often makes you feel unfocused, agitated, and impulsive, which makes it difficult to accomplish tasks, leading to more stress and anxiety,” says Barsoom. He was prescribed first Ritalin and then Adderall so he could concentrate and work. “Prescription drugs helped me to an extent,” he says, “but there were a lot of drawbacks and, overall, I was really unsatisfied.”

Looking for a more balanced alternative, something directly derived from plants, Barsoom and 1906 scientists considered the rich history of cannabis use with creatives – artists, musicians, writers. “We have hundreds of years of experience using the plant to harness our mental and creative energy,” says Barsoom. The 1906 team also examined the emerging field of nootropics. “Genius brings these two ideas together in one product,” says Barsoom.

Creativity is a challenging thing to measure, but scientists associate it with the brain’s frontal lobe, which is stimulated by cannabis through increased blood flow. There is still much to study about how cannabis triggers creative output, just one of the many fields of discovery 1906 plans to explore.

A NEW STYLE OF CANNABIS

After two decades in finance, where he developed new products to market to different audiences, and helped to rehab flawed credit markets after the 2008 financial collapse, founder Barsoom was primed for a new challenge.

“I wanted to do something that could create a positive impact for a lot of people,” he says. “And I saw cannabis – specifically, a new kind of cannabis product – as a way to do that. You’ve got this plant that has incredible, versatile powers, but it’s in desperate need of a makeover. I know how to bring rigor and fresh thinking to a newly regulated industry.”

One key learning was that despite cannabis’ versatility, many people believed that cannabis makes you feel out of control, and that edibles have unpredictable effects.

To disrupt these preconceptions, he determined that 1906 products must have distinct and predictable effects – and that those effects would kick in within 20 minutes, enabling users’ to control their experiences. Using low-dose THC means that 1906 products – and the limitless possibilities of cannabis as medicine – are accessible to anyone who’s previously been intimidated or turned off.

Research indicates that having a low-dose of THC is an important factor in its impact on facilitating the kind of focused, creative thinking Genius Drops are designed for.

“Our Genius formula is a good example of overcoming challenges and also of disproving assumptions about what cannabis can and can’t do. We developed Genius for people like me with ADD or ADHD and for anyone who needs a boost for sustained concentration,” says Barsoom. “As with all our products, we went through an extensive development process with a lot of research and trial and error, experimenting with different plant medicines and dosages to deliver the desired effect. Genius took the longest to get to market – four years – because we had to overcome several hurdles along the way.”

Those hurdles had to do with finding an ideal and palatable blend of a special single-strain of cannabis sativa, known to aid in mental sharpness, combined with six additional plant medicines for cognitive focus, memory enhancement, and calm concentration. Those are:

“The problem was that once we got the balance right, it tasted awful in chocolate,” Barsoom says. “We couldn’t mask the strong, bitter flavors of the medicinal plants no matter how hard we tried – and failed. We finally realized that we didn’t need to, we could use another form factor that didn’t sit in your mouth. Sometimes, the way forward is to look at the problem differently and innovate in a new direction. That realization led to the invention of the Drops line, which has become our biggest seller.”

Genius contains the lowest dose of THC of all 1906 products, at 2.5mg. With a rapid onset of just 20 minutes or less, Genius helps users perform complex cognitive challenges and tackle everyday tasks. Unlike the common prescription drugs for attentional focus, Genius will not make you agitated, “speedy,” or jittery, and it has no unpleasant hangover effects.

It’s a great substitute for coffee or energy drinks if you need to be mentally on your toes, and it works incredibly well to help push you over the hump of procrastination, disorganized thinking, stress-induced mental paralysis, and brain fog.

Genius has quickly become a favorite among the legions of 1906 fans who credit it with everything from helping them address their attention challenges with a natural alternative to pharma to thriving during an intense Zoom meeting, a major reorganization project, and, especially, epic gaming sessions. In fact, we’ve had such great feedback from all kinds of gamers, we’ve asked dozens of them to share their experiences with us. Look for more details on those results soon. In the meantime, whatever you need your brain optimized for, give Genius a try. It might change your mind about what cannabis can do.